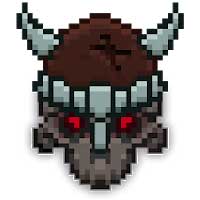 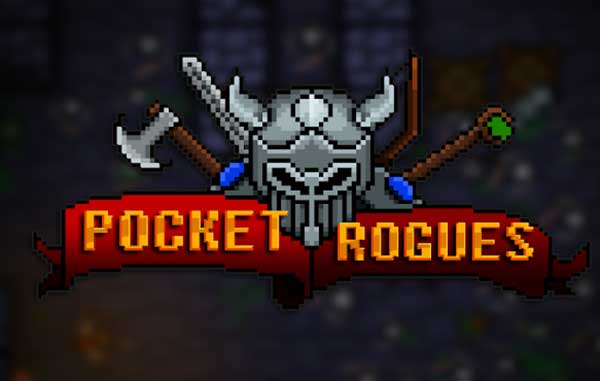 Pocket Rogues is a dynamic old school Action-RPG designed in the Roguelike genre. Here, you have to shoot your way out of hordes of monsters by traveling through unique and randomly generated locations and develop your own fortress and heroes.

Real-time battles will challenge any hardcore player, and research for environment and many unusual techniques will engage you for long hours.

Dozens of dungeons filled with unique loot and monsters will be in Pocket Rogues. The game has a lot of heroes for whom you can play, as well as many bosses against whom you will fight, and the battle will be a real test for you. And the traditional components of the RPG genre, such as character upgrade and exploring the world around them, will never let you feel bored!

“For many centuries, a dark dungeon had been beckoning hapless travelers with its secrets and treasures. One after another, they disappeared after having met the true Evil, but gloomy legends only heat up new and new adventurers’ itches. So why not to become one of them?!”

• The game is completely played in real time without any pauses between its stages! Move, dodge obstacles and maneuver around a flank! This is an elaborated combat system focusing primarily on the character control and a player’s skills.
• There are many classes of heroes here: each has unique skills, specific equipment and their own dendrogram.
• Every descent is special! Everything, from locations and monsters to loot and accidental encounters, is generated during the game. You will never get two identical dungeons!
• The game includes unique locations: each of them has its own visual style, unique enemies, traps and interactive objects; and you can move freely between all open locations.
• Your own fortress: you can build and improve erections in the territory of the Guild Fortress, by opening and strengthening new heroes, as well as gaining access to new game techniques.
• Regular updates. The game has been supported and actively developed for a long period of time, in close contact with the community and active players.

* Added a new mini-boss. Its gates can be found in all locations, except for the Catacombs, Prison and Borderlands
* Added a new type of generation – “lair” (and one sublocation of this type). The lair is a unique one-story dungeon that can be entered through a gate in any normal dungeon
* Added the ability to return to the Fortress… alive!
* Updated the summary screen at the end of the descent
* Added 12 new recipes for the Forge 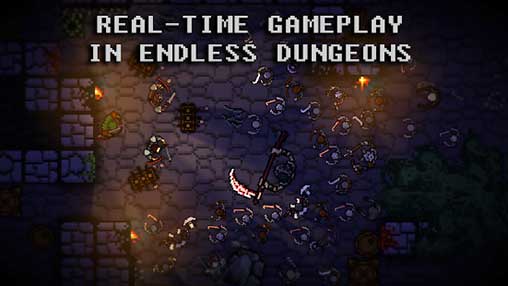