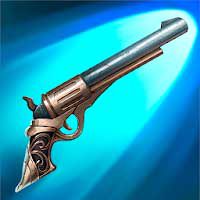 Have you ever heard that popular story of Jack the Ripper, the London unidentified serial killer who cut victims’ throats and never used guns? Do you think Van Gogh himself was hiding behind this monstrous pseudonym? Have you ever thought that you would compete with Axlar-Björn, the only known serial killer in the history of Iceland?

Victorian criminals, violent battles as in popular “Hitman” or “Archero”, incredible gameplay, realistic modes and more hardcore stuff in our shooting game offline!
If you want to fight evil, to become a new Batman and start to independently administer justice to killers, as the assassins did, then hurry up to download this unique RPG game in which you need to fight monsters, gangsters, bandits and other villains using all the knowledge, skills and experiences you have! Every player plunges into the lively realistic atmosphere of nineteenth century London, wanders through its narrow streets and enters its grocery stores, in a word – he or she lives an ordinary life. However, in the evening you have to keep your eyes open: twilight in the capital is fraught with great danger and monsters… The all-consuming evil and black magic wake up at night… These nasty monsters are secretly planning to destroy the world, and your aim is to prevent this plan! Do you want to become a hero and improve your leadership skills?

The main aim of the game is to kill all the monsters in the suburbs of London (if you accidentally hit a random dude with a gun in Hackney, people would only be thankful :D). The game itself will be extremely interesting, because all the monsters in this shooting game offline are different from each other and are endowed with incredible magic skills: some enemies use a combination of black magic and deadly spells, others may use guns, and someone does have great parkour skills! But they are all tricky, cruel and much stronger than you! This RPG is not just a senseless single-player game or a boring shooting game offline: you need to apply an individual approach for every single monster and feel their weaknesses. In order to frustrate their plans and not allow them to murder you, you must be able to choose the right weapon and shoot very skillfully. If you think that you can do it with sports pistols, then you are making a big mistake – nothing worth having comes easy! So, you have the following weapons and useful equipment in your arsenal:

So many different types of weapons will make you not only an epic archer, but also a talented killer who can fight all the monsters and murder all their bosses. Our game missions cover everything from archery to rock climbing in the woods, have different levels and modes, and realistic gameplay will definitely make you feel like a hero!
Choose weapons you like and kill monsters and other enemies in several locations, because freaks do not only come from Oxford Street. Undoubtedly, sometimes you will have to participate in bloody forest shooting battles and go into combat with murderers. Be careful, because too many people have already disappeared in the vicious forest… Try to be smarter and save civilians from the real evil while enjoying a great variety of locations at the same time!

While shooting one geek after another and successfully fighting the evil, you can use our new feature – Gift System, which will increase your chances! Open different objects and get unique bonuses! As simple as that!

Start your adventure, dear archer! We wish you to become a real hero! This game will be an unforgettable experience!

In this update, you will complete
stories with a ghostly train,
because we added Chapter 7 and the heroic
mode for it!

Also, in this update, you will find
many fixes and improvements. 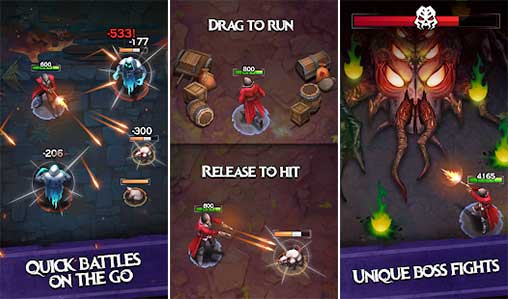