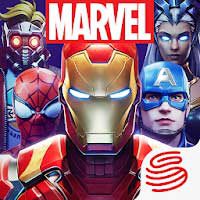 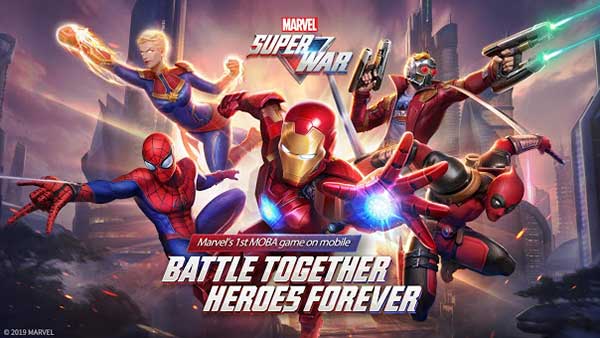 Marvel’s first MOBA game on mobile!
Marvel and NetEase Games have teamed up to deliver the most dynamic, eye-popping and faithful recreation of the Marvel Universe on the small screen. Get ready to explore more possibilities and experience the action like never before!
Iron Man vs. Captain Marvel, Spider-Man vs. Deadpool, X-Men vs. Avengers! Epic 5v5 real-time battles are about to shake the vast cosmos!
What are you waiting for? Grab your friends, form your ultimate squad and delve into the new and unknown Marvel MOBA-verse.
Battle Together, Heroes Forever!

—-Heroes Clash! Real-time 5v5 Arena
MARVEL Super War features Super Heroes from across all the Marvel franchises. Play as your favorite character or choose from a huge cast of Heroes and Villains, each with unique styles and skills and join the ultimate all-star brawl.

—-Simple Controls! It’s your time to shine
The stage is yours! Battle it out with responsive and simple controls. Show your strength with special attack combinations, dynamic effect and movement abilities.

—-Team Up! Fight with your mates
Experience the action, anytime, anywhere. Team up with your friends, assemble your dream team and journey together into the unknown Marvel MOBA-verse.

New Hero
A new hero, Thena, has joined the fight!

New Events
1.The “Marvel Studios’ Eternals” Inspired Event begins!
2.Black Widow and Taskmaster’s movie-inspired Black Widow skins are once again available for a limited time!
3. There are great prizes to be had in the new season! Complete quests to claim heroes and skins! 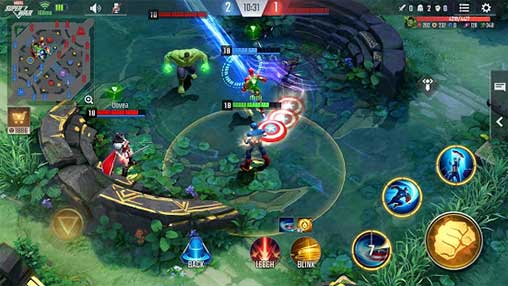