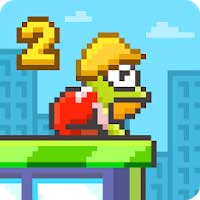 We join our favourite hopping hero as he finds himself on the wrong side of the law and making a mad dash for freedom. Framed by his old nemesis Sharky and falsely arrested for lake pollution, Hoppy has decided to skip bail and escape to the hills. Help Hoppy jump and glide to freedom across the city skyline avoiding the police, social media, and a vast array of enemies including Sharky’s scooter riding affiliate gang ‘The Fins’.

With more than 50 characters to collect, new terrain to master and hidden secrets to unlock Hoppy Frog 2 – City Escape is hours of frantic fun for all.

* Multiple locations to escape from including buildings, forest, lake, and the hidden secret bonus room
* Tonnes of frogs both girls and boys to collect from the nerdy office worker ‘Brent’ to the fire breathing Dragon ‘Drake’ and don’t forget the witch ‘Wicka’. Many with special powers and custom sound FX
* Free daily gifts with plenty of chances to win the top prize
* Cool and colorful 8 bit retro pixel art and music by 8-bit weapon to capture the authentic feel of games from the 80’s home computer era such as Atari, Commodore 64, Spectrum and Gameboy. Never has retro gaming been so FUN!

Do you have what it takes to free Hoppy and escape before the police capture him? Can you capture enough flies to collect all the characters? Can you avoid the scooter shark gang and hop your way to freedom? 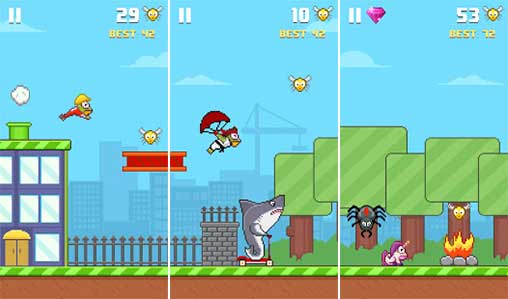