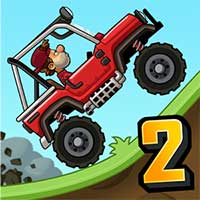 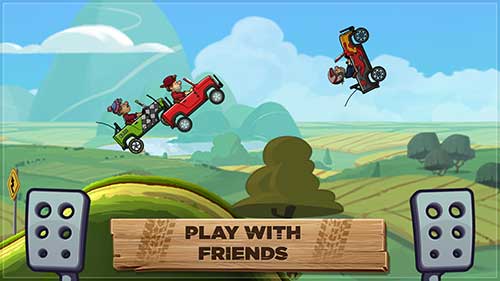 Hill Climb Racing 2 is here! Bill is back with his red jeep in a sequel to the most popular racing game ever with over 500 million overall downloads! Hill Climb Racing 2 has it all: lots of stages, stunning graphics and a physics engine unlike any other.

Send challenges to your friends to compete in a race with the same vehicle. Now it’s up to who has more skills, you or your friend!

Driving up a mountain? The environment is really different on a mountaintop compared to a valley. All stages contain different surprises. Unlock new stages by racing in challenging cups.

Can you beat the world’s top race times? Rise in leagues and leaderboards by beating other players.

Hill Climb Racing 2 is free to play but there are optional in-app purchases available for you to gain the competitive edge – if you choose so!

* Driver Animations – Flex on your opponents in style, or just add some dramatic flair to your license, with these 24 new animations. Can you collect them all?
* New Cup: Embark on Entertainment
* Increased team event ticket starting amount to the maximum allowed per event
* Auto-Matchmaking beta (ongoing)
* Improved anti-hacking measures
* Localization & UI improvements
* Various bug fixes 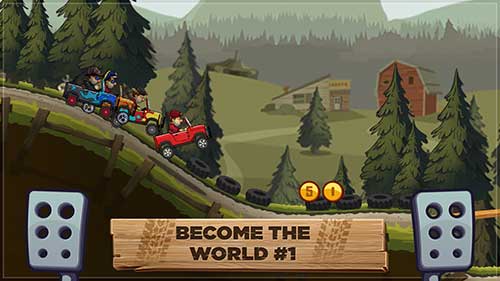