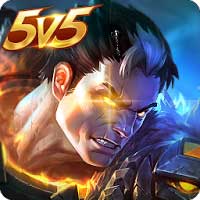 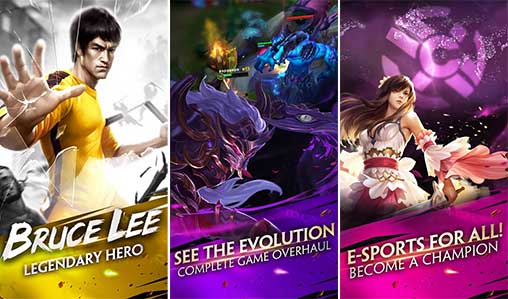 ● Bruce Lee – The legendary Kung-Fu master joins the fray. Assume control of him as you unleash devastating kicks on unsuspecting foes!

● Heroes Evolved TV – Watch your favorite Heroes Evolved streamers from websites like YouTube, Twitch.tv, Bigo and more, directly from inside the game!

Welcome to Heroes Evolved – a carefully balanced and fiercely competitive, but fair mobile battle arena experience, full of action & strategy for true gamers. Select from a pool of 40+ unique heroes and jump into teams – Eternals vs. Ancients – to battle against real rivals on gorgeous fantasy maps. This game will take all your skill, teamwork, cunning, and strategy to survive and succeed!

Grab your device and dive straight into combat with stunning graphics and seamless animation. Heroes Evolved is a unique game of depth and complexity, allowing you to piece together your own strategic and unpredictable advantage using fog of war, terrain, unique hero attributes, and custom gear builds. Be a stalwart tank character with healing abilities. Become a devastating rogue attacking from the shadows. Bombard enemies from afar with powerful spells & abilities, or assume the role of Bruce Lee, the legendary Kung-Fu master – the choice is yours! No two games are ever the same! Play competitively, or just have fun in Chaotic Strife mode, a rotating selection of fresh and crazy game rules – Heroes Evolved has something for everyone.

Prove yourself in the online battle arena that is Heroes Evolved!

● Choose from 40+ unique playable characters, such as the master of Kung-Fu: Bruce Lee!

● Multiple Playmodes – Choose between super serious and super whacky playlists depending on how you feel!

● Clan System – Form a clan with your friends to unite under one banner, and make a name for yourselves online!

● Expansive gear list – Allowing for true customization for each of your heroes.

● No Pay 2 Win! – Carefully balanced mechanics to guarantee you a fair game.

● Join thousands of other players across the globe for instant action and fun!

NEW SKINS
Dark Reaper
Hiding in the darkness, Dark Reaper brings infinite probabilities to Psion.
Disco
No matter where Disco is, he will always attract the most attention.
Great Brain
Great Brain is the first new skin for Ying Zheng, getting ready to outwit all evil spirits! 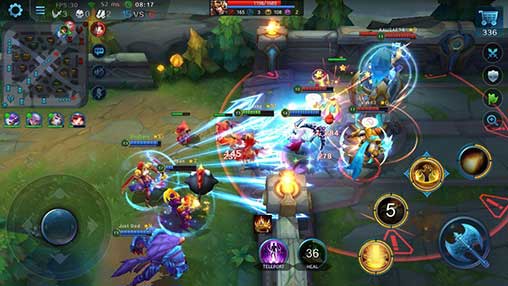