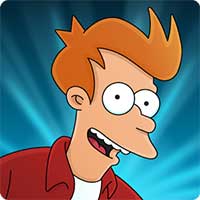 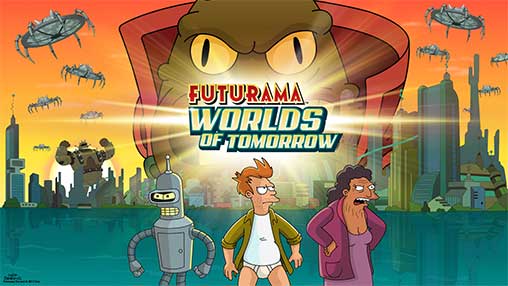 The next epic Futurama adventure has finally arrived! Play with all your favorite characters, build your own New New York, combat against alien species and explore unfamiliar planets on a mission to save the universe! Buckle your seatbelts, blast off into space, and play the new Futurama game!

Relive the show in this thrilling and hilarious game that will have you crying in tears. The funny never ends when you play as Fry, Leela, Bender or any of your favorite characters from the critically-acclaimed Fox series, Futurama! Is the future safe in your hands? PLAY FUTURAMA: WORLDS OF TOMORROW to find out!

– All new story from the creators of the original Fox series, Futurama!
– Build and customize your very own New New York!
– Control the story by making your own choices!
– Battle in epic and funny 16-bit combat!
– Embark on funny space adventures as you explore a galaxy of new worlds!
– Complete your character’s best look by unlocking funny and unique outfits!
– Customize and level up your characters!
– Hilarious Futurama dialogue from the show’s writers, David X. Cohen and The Simpsons – creator, Matt Groening!
– Select your crew and send it on adventure-filled space missions!
– Collect ancient artifacts and ensure the universe’s best chance at survival!

Download the game and embark on the all-new adventure imagined and written by David X. Cohen and The Simpsons creator, Matt Groening! New worlds, strange species, and unforgettable stories are all waiting for you!

Futurama: Worlds Of Tomorrow is free to download and play, however some game items can also be purchased for real money. If you do not want to use this feature, please setup password protection for purchases in your settings.

Futurama is BACK…with an update! Never lose a character with our new Character Finder. Enjoy the sleekness of our new Level Up Screen Redesign and our new UX Level Screen Redesign. The app is running smoother than ever with the improvements we’ve made. 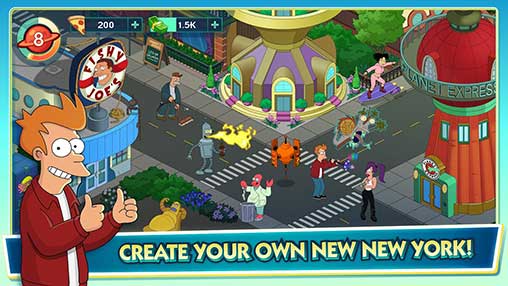