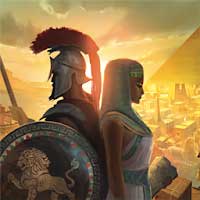 In 7 Wonders Duel, each player is leading a civilization and will, over the course of 3 ages, construct Buildings and Wonders.With 7 Wonders Duel:
– Play Against AI
– Pass’n play
– Face your friends on the internet
– Monitor your statistics
– Compete against players from all over the world in ranked games

Take the lead of a civilization, make it prosper and surpass your opponents!
The 7 Wonders Duel application is an adaptation of the famous 7 Wonders Duel board game.

In 7 Wonders Duel, players will take turns choosing a card from those available in the game structure. These maps represent a building that he will use in his city to develop it. There are different types of buildings: Resource producers, commercials, military, scientists and civilian buildings.

The game is played in 3 ages, representing the players’ progress over time. When the last card of the last age is played, the player with the most victory points wins the game. Unless a player can achieve scientific or military supremacy during the game. In this case, the player wins immediately.

– Achievements. Those achievements give you new challenge, forces you to play differently if you want unlock them all ! Good luck !

– New game mode : Local Network. Play against people on same network! No internet connection or duel account is required for this mode. 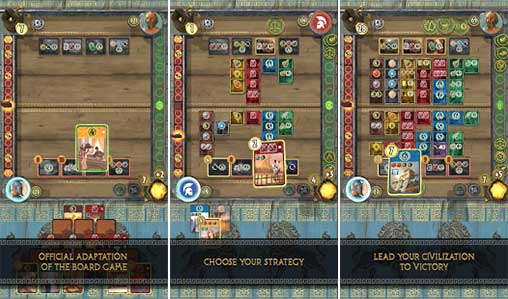